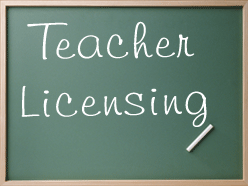 The Legislative Study Group on Educator Licensure began their second meeting — held Tuesday, August 23, in St. Paul — with testimony from stakeholders. The testimony consisted of strong opposition to consolidating the governance models for licensure of superintendents and teachers.

Other testimony challenged the recommended Draft Model for Tiered Licensure as proposed by the Minnesota Board of Teaching (BOT). Testifiers suggested the tiered system proposed by the BOT is confusing, unfair to out-of-state teachers, and exceeds the scope of the work group charge, among other things.

Other concerns were raised over consolidating all teacher licensure into the BOT, giving that organization increased responsibilities.

The study group listened to updates from the Minnesota Department of Education (MDE), the BOT and the Minnesota Board of School Administrators on the progress of the Governance Models and Draft Models for Tiered Licensure.

The MDE also provided an update on the Career Technical Educator Task Force.

A “50 State Survey Model Tiered Structures” document was included in the meeting materials for members and the public.

Visit http://www.lcc.leg.mn/lsgel/meetings.html and see the “Meeting Materials” from the August 23 meeting to view the “50 State Survey” document and other materials.

See http://www.lcc.leg.mn/lsgel for more information about this study group.