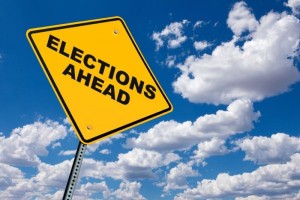 School board members will be pleased to hear that the Minnesota Senate passed the Senate Omnibus Elections Bill (SF 2381) Tuesday on a 37-26 vote.

The bill provides the ability for school boards to fill a board vacancy by appointing an individual to sit on the board until the next general election.

Sen. Katie Sieben authored the bill, which was first heard early in the session. MSBA’s Grace Keliher and several superintendents testified on behalf of the bill. The cost of holding a special election was a financial burden for the school districts according to the district leaders, often costing tens of thousands of dollars.

During the floor session on SF 2381, several amendments were offered. Two amendments passed that dealt with convicted felons’ restoration of voting rights after their completion of a sentence and parole. A legislator travel disclosure amendment was offered, but was declared not germane.

And finally, an amendment was offered by Sen. Torrey Westrom to change building bond referendums from six months to 12 months. Sen. Sieben and Keliher were able to dialogue during the session and Sen. Sieben shared with legislators that school board members would strongly oppose this. Thus, the amendment was withdrawn.