2015 wrap-up: MSBA members, thank YOU for your work for public schools

As we wrap up another year, we want to reach out to thank you for your continued advocacy on behalf of all the students in our public schools. We also want to share some updates about what is happening in the Government Relations area at MSBA.

Due to the short legislative session next year, we have declared February to be “Advocacy Month.” Watch your email inbox and read our blog to learn how to maximize our message with simple advocacy tips/reminders as we approach the 2016 legislative session.

The annual MSBA Leadership Conference is scheduled for January 14-15 at the Minneapolis Convention Center. Along with many great professional opportunities, MSBA Director of Government Relations Grace Keliher will provide a preview to the 2016 legislative session (8:15 a.m. Thursday, January 14, in Room 200DE of the Convention Center). Click here for more information about the Leadership Conference.

As we reflect on the major legislative events of the year — we know we can’t do our job without YOU.

Thank you for your participation in the MSBA Statewide Advocacy Tour during the fall. Your perspectives have guided us as we prepare for the legislative session.

Thank you to the MSBA Board of Directors for traveling to Washington, D.C., where their lobbying efforts impacted the reauthorization of the Elementary and Secondary Education Act (ESEA) — aka No Child Left Behind. The new law — the Every Student Succeeds Act (ESSA) — is a reflection of the MSBA message that local control needs to be restored. Stay tuned as to how this new law unfolds.

The MSBA Delegate Assembly was a big success due to your participation. Click here to view how the Delegates voted on each legislative resolution. 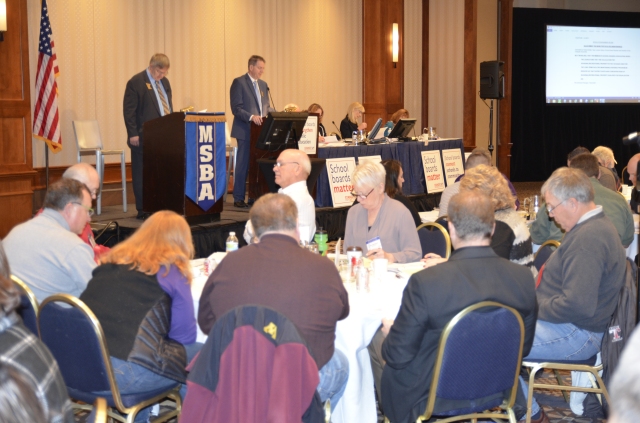 Also, as a part of the two-day Delegate Assembly meeting, we asked school board members to complete these two sentences: 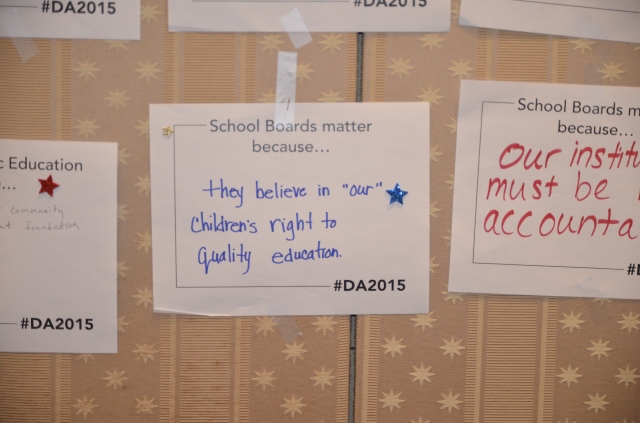 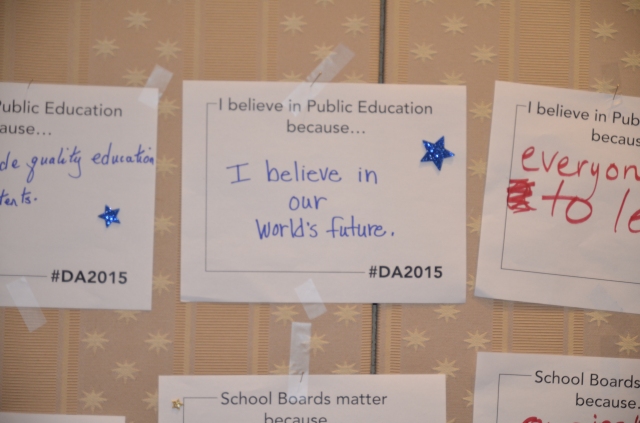 Your responses inspired us to share them with you over the next two weeks via Twitter and blog postings. We hope these thoughts are meaningful to you as we usher in a new year.

Our warmest wishes for a safe and healthy happy holiday season.